Nanago (Number Seven) is brewed with local Kinmon Nishiki rice and Masumi No. 7 Yeast in the traditional yamahai style. It is a liquid reflection of the beauty of our mountain home. 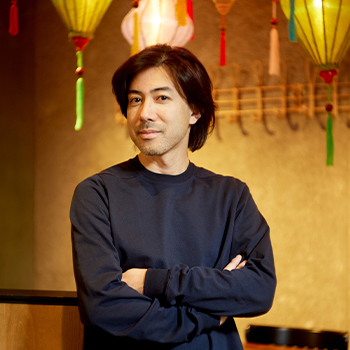 1976 Born in Sapporo, Hokkaido
Motohiro studied viniculture and winemaking for three years in France. Upon receiving his diploma, he returned to Japan and became sommelier at the celebrated Ginza L'ecrin restaurant. He then set out as an independent sommelier and wine taster, gaining experience as a consultant and educator for wineries and restaurants both within Japan and around the world. His logical and precise approach to wine and sake appreciation and pairing has made him one of Japan's premier drinks professionals. He has since expanded his focus to become the owner of the highly reviewed "An Di" and "An Com" modern Vietnamese restaurants in Tokyo, where he showcases his masterful understanding of how to pair wines and sakes with cuisine inspired by both Asian and European food cultures.